Few parts of the world can boast of a history as turbulent as that of the Balkan peninsula. Never quite East, nor quite West, it has been at the crossroads of different cultural and political influences throughout the centuries. One of the places that has suffered the most is Serbia’s capital, Belgrade.

On the confluence of two major rivers, the Sava and the Danube, it has been coveted by many and, it seems, conquered by even more. This is the impression you get while walking through the city’s center. Old Balkan style buildings, next to lavish Art Nouveau and then simple Brutalist building right around the corner. Today, over 25% of the total population of Serbia lives in this city. Similar to most countries in Europe, Serbia is experiencing a problem with the aging of its population, as well as a significant “brain drain” ever since the 1990s. Most of Serbia is a source for emigration; however, Belgrade, as a coveted destination, has a net positive migration rate. The biggest university in the country and better job opportunities are just some of the reasons why.

These numbers do not seem out of the ordinary until we mention that before WWI Belgrade had barely 100,000 inhabitants, whereas today it grows close to two million, so the number grew almost 20 times over the last century. The next flabbergasting figure is that, during WWI, Serbia lost 28% of its total population or 1,247,435 lives. So, how did the capital city manage to recover so quickly and continue its growth at lighting speed? Migration is the answer.

The Sava river was the only thing separating the citizens of Belgrade from their enemy, the Austro-Hungarian soldiers. The first shots in WWI were shot across this river, starting what was, until that point, the largest war in human history. This drove many locals away from their homes, to the south of the country, where they were seeking refuge. In the first two years of the war, a staggering 92-93,000 people out of a 100,000 left the city. By the end of 1915, nowhere in Serbia was safe, so the army along with the government and between 50 and 60 thousand civilians retreated in mid-winter, through the mountains of Montenegro and the coast of Albania to get to the Greek island of Corfu. Most of them traveled on foot and a quarter of those who made the journey did not survive the cold, hunger and the diseases which were spreading. These brave men and women returned home victorious in 1918, but not before surviving many hardships. It was no easier for those that stayed and endured the brutal occupation by enemy forces. 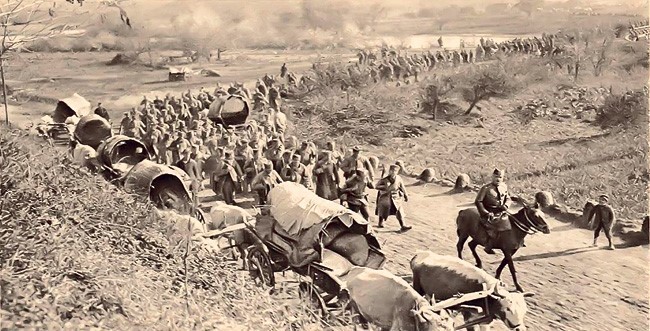 When Serbian troops entered Belgrade, they found that it was just a shadow of its former self. The war had left the city without any infrastructure, there was no sewage system, no water supply system and most of the streets were not illuminated. However, despite the devastating state the city was in, a massive wave of immigration towards Belgrade started just after the war. Even though the city lost at least 20,000 inhabitants, in 1921 the population had outgrown the pre-war size, at 111,740 inhabitants. Many demographers classify this as the period of largest demographic pressure in Belgrade’s history. Most of the immigrants were coming from parts of the country that were in even worse shape. The massive intake proved a positive thing because there was a big need for people to help in the city’s reconstruction and recovery. The fact that in 1918, the Southern Slavic nations united into the Kingdom of Serbs, Croats and Slovenes (which later became the Kingdom of Yugoslavia) also helped speed up the process, doubling Belgrade’s population before the next census.

Since the start of the big wave of migration from the Middle East towards Europe in 2015, migration has been referred to most commonly in the context of crisis and its negative influence on the economy of certain countries. In an ever more interconnected world, migration has become easier and is a growing phenomenon. It is not going to stop. This is why it is important to remind ourselves that migration can also be a positive force of development and, by doing so, focus on maximizing the positive effects and minimizing the negative ones.