Brâncuși’s Endlessness and the Scarcity of Some Means To whom does his work belong?

The public subscription for Brâncuși’s “The Wisdom of the Earth”, to get it from private hands “back” to the Romanian state, failed not so long ago. In markets, big money is paid for his works, more than “all” Romanians managed to gather. The moral? Art may be a public good, but it is, above all, and shall stay so, a private thrill as beauty is also in the eye of the legit beholder.

Constantin Brâncuși is, above all, a Romanian. For Romanians. Only afterwards is he a brilliant sculptor. For connoisseurs. Brâncuși became popular in his own country after an elite of European interbellum avantgarde adopted him as its apostle, and remained a symbol of Romanian culture, regardless of whether his symbols were understood by the many or just a few. Entering on the opposite of the scientific and artistic “socialist realism”, as a lost exponent of the decadent bourgeoisie, with his monumental ensemble from Târgu-Jiu, Romania, made up of Endless (Thanksgiving) Column, Table of Silence and Gate of the Kiss, escaping the bulldozer by a hair’s breadth, Brâncuși had been eventually rehabilitated by the communist regime. In the post-Stalinist period, the Romanian Communist Party despots were removing the straitjacket of the Russifying universalism, looking towards a Romanian nationalism. They were searching for cultural anchors of political legitimacy, in a pragmatic exercise of “re-rooting” a fundamentally alien ideology. In post-1989 era, the “international” Brâncuși (re)became iconic in his country of birth, but his works started to drive something not yet experienced. Instead of the old “movement of values” from glorious showrooms to gloomy storerooms and back, following the whims of the Communist Party’s cultural police – as was the case with Brâncuși’s Wisdom –, for some of his formerly confiscated creations and, now, ready for retrocession, a new perspective (and pressure) of movement within the global market was opened: they “risked” being “traded”. And for a national culture, “traders” are “traitors” by default.

The news of the auction for Brâncuși’s masterpiece, once restored to its rightful owners, alongside its specter of leaving the national territory, has sparked a vivid emotion. Is it fair that a piece belonging to the Cultural Treasure of Romania might rest in foreign museums or private collections, far from the holy land of its country, away from the hearth which gave birth to the emotion of the work? Technically, the very legal statute of being part of the Cultural Treasure category make it impossible for a work of art to leave the Romanian territory, irrespective of its property regime, but for legal approval. However, the popular emotion was high and the questions fiery. And, ironically, when speaking of national origin: the very “rock” it is made from, the crinoide limestone block, has been pulled out, decades ago, from the catacombs of… Paris, France: the Savonnieres Caves. The questions pour. Is our national heritage up for auction? Is the global free market (with its insane prices, expressions of the cosmopolitan capital which, when it “directs” art in fact… confiscates it in the name of “the highest bidder”) the proper instance/authority to settle the physical and spiritual place of the “authentic values” and the district where the national sentiment will be (de)monetized? Is there a higher “insolence” than that of the Romanian state to stand idly by and give up searching, when the market fails, for resources to maintain in its legal and moral jurisdiction a piece of work that bears within itself diachronic spiritual energies of the magnitude of Dacians’ Kogaion, as are the ones irradiating from the “magnetic” Wisdom?

Of course, there is, in such moments, among a particular slice of the public, a cultural-nationalist pathos which, most often, surpasses both the right measure of things and the sincere idea that animated the artist in giving, as is the case of Brâncuși, body (form) and soul (substance) to an initially amorphous stone.

The circulation of a “cultural good”, recognized as such, even in a cold auction price, validates (not weakens), regardless of meridians and parallels, the culture of origin. “Brâncuși”, auctioned at Christie’s (26 million euros, in 2009, in Paris, for “Madame L.R.”, or 5.4 million euros, in 2014, in New York, for a version in cast of “The Kiss”), is still Romanian. Maybe he is even “more Romanian” since he lived his Romanian-ness across the globe and is directing, even posthumously, “dividends of recognition” to his homeland community. We speak of a world harmonized by economic “complements” digested through cultural “compliments”, caught in a message like this one: “Come here to invest and trade with us, the Romanians, because on our certificate of creativity and credibility you can also see Brâncuși’s hard-work and genius!”.

The spirit and substance of Brâncuși is not static and stiff. He escaped the corset of domestic self-sufficiency. He left for other horizons without losing his home-pointing compass. He inspired Rodin’s air only to exhale it firmly the moment he felt it choking him, braided the original, true-born Romanian fiber with the study of universal themes, enriching them with a touch of immeasurable genius. He was not parochial, he did not believe in maps, he transcended.

The tradable character of his works is far from being a sin. Brâncuși sold at that time a great portion of his works, accepting that between market and culture there is a positive tension: the commercial act completes the cultural act when the demiurgic freedom of the artist meets the unequivocal recognition of a fellow, in a game of benign reciprocally demonstrated preferences for free artistic production and exchange.

Romanian spirit and universality, creation and trade: therefore, what kind of borders are “we” asking for when it comes to keeping Brâncuși(’s works) in state’s hands as if this is his home? 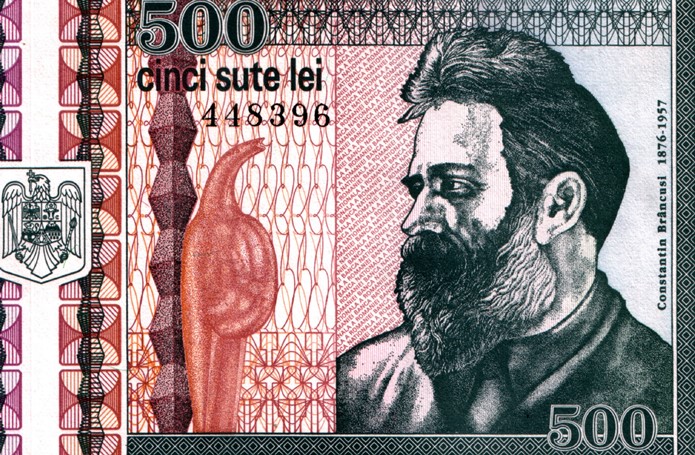 Metaphorically speaking, culture somehow resembles “light”: it is a wave, a vibration of spirit, and a particle, a part of the material. Culture makes the spiritual vibrate in physical forms, be they our bodies, with our minds, hearts and limbs, or the things we take from nature and we transform in order to help us give shape to our messages. Culture means the visual drawn in the painted and sculpted stances, towers or monuments, the piano and the violin exhausted for their melodies and rhythms, the dance conducted in assorted outfits, the line pronounced in the comedy that hides our dramas, the letter made by ink on the paper of our book and the pixels on the screen of our e-reader, film roll, painted pot. Culture is liberty; and as such it is also about property. Only when and where ownership rights are properly definable, defendable and divestible, can societies provide for the true cultural needs in an orderly fashion.

If every type of economic good and service is better provided in the environment of the freedom of production, trade and consumption (the only way in which the utility of everyone in the value chain can be maximised, as opposed to centralized and coercive planning), when it comes to cultural products this line of reasoning gets even stronger. The state’s (cultural) “protectionism” eventually makes us acquire goods and services that are slightly more expensive and less qualitative than we may get in a context of free trading; the state’s (cultural) “providentialism” redistributes the cultural purchasing power in society. If it does these for common, ordinary goods, it does not seem to hinder us as much as when it does so to compress, repress, suppress the expression of spiritual values. They do not have a “substitute”. They are either those we do care for and share with our fellows, or nothing at all.

No cultural “policy” or “police” can efficiently take away from us our intimate beliefs and whims. The spiritual domain cannot be conquered; corruption or torture only target its exteriorization, preventing or slowing down its communication or regeneration. However, the “siege” on the material means of spiritual expression hampers the transmission of the true cultural values across generations: if our grandparents and parents cannot be spiritually reset too easily, the very fact that they are blocked from completely and correctly transmitting their cultural signals (as bodily and extrabodily belongings are forbidden to be used in the creation of such signals) is enough for witnessing/experiencing a cultural distortion. The not so remote communist “cultural revolutions” tragically illustrate this. The same as in “culture-building”, in “culture-breaking” one does not need to control minds. It suffices to control critical means.

Property rights are critical also in the transmission of culture and its imprinted goods: the usurpation of their possession, usage, disposition and usufruct destroys the heritage of representations and relations caught in the tangible assets. Socialism monopolised the material means of culture (i.e. while ensuring that the privately-owned typewriters do not type dangerous words). As for the human production factor, even if un-expropriable, it was subject to socialization therapies (i.e. in both propaganda and prisons). Definitely, capitalism has its cultural misdeeds. But they are surpassed by a stronger asset: it offers the most coherent competitive-cooperative proprietary infrastructure for culture. The democratic rule of law must only protect it. And the minimal state should nowhere else be as much praised as here. Still, too often, the cultural creators call for the state to intervene, naively or cynically.

Sustainable culture does remain the extension of the freedom to create, to critique, to contract, to circulate. Private property is not the enemy of public culture, since it is the foundation of the cooperative division of labour, where the authentic cultural values stand and fall with the rest of the social architecture. The state’s coercive regulations (an assortment of privileges and obstacles) and public money do not necessarily transform stones into heritage, nor into bread, but more probably severely erode them, helping artificial cultures bite the dust.