Due to the Ukrainian crisis, political relations between Russia and Germany, which used to call each other “strategic partners” at an earlier date, have hit rock bottom. The Germans were embarrassed by the fact that Russia had undermined, in their view, the foundations of European security architecture of which Germany self-identifies as a key advocate. It even became known that Angela Merkel allegedly said, after one of the rounds of negotiations on Ukraine, that Vladimir Putin “exists in another reality”, which demonstrated very well the deepening communication failure. As a result, Germany was one of the initiators of economic sanctions against Russia, working closely with the Obama Administration on a common policy towards Moscow, and broke off all possible bilateral negotiation formats at the highest level. Some symbolic “red lines” were crossed: for instance, Germany became the framework nation for NATO reassurance forces in Lithuania, so the German army again approached the Western borders of Russia. Both sides described the current state of relations as a complete loss of trust.

In November 2016, the parliamentary group of CDU/CSU, to which chancellor Merkel belongs, launched a position paper on Russia which contains all of the points of disagreement for Germany in Russian foreign policy[1]. Among other things, the paper argues that Russia sees the post-Soviet space as its own sphere of influence while using “the ideology of Russian world”, defying the principle of freedom of choice on the part of each country (first of all Ukraine) for its own foreign policy course, trying to destabilize Ukraine and manipulating “frozen conflicts”. Russia is also criticized for supporting the Assad regime which enables it to continue violations of international law, as well as trying to interfere into the internal politics of many countries, including Germany (the “Liza case” of the allegedly missing Russian-German girl[2]). The reason for such foreign policy behaviour is seen in the desire of the Russian authorities to side-track attention from internal structural problems. The response to this challenge should be a combination of keeping up the dialogue with Russia and reinforcing the resilience and defence capabilities of NATO and the European Union.

The CDU/CSU position paper seems to present the consensus on Russia which has emerged in the German public discourse, first of all among decision-makers and in the media. As a reaction to the Ukrainian crisis, the normative framework began to dominate in German foreign policy and the full realization of Minsk agreements is seen as a key prerequisite for any restoration of a full-fledged bilateral partnership. Some politicians from the Green party or the CDU/CSU even called for delivering lethal arms to Kiev or boycotting sports events in Russia, but the majority of the German political elite have not dared to go so far.

Even some confrontation fatigue can be diagnosed while the German authorities are increasingly stressing that they are interested in good relations with Russia despite of the fact that Moscow turns out to be a “difficult partner”.

Nevertheless, in the course of time, the German discourse began to be complemented with some new arguments. It is now assumed that Germany should proactively strive for normalization of relations with Russia. German diplomacy is now working on unblocking the Minsk process, restarting the negotiations within OSCE on conventional arms control and contacts in the NATO-Russia Council. Besides, Berlin has reinvigorated some bilateral cooperation formats with Moscow like the strategic group on economy and the Sankt Petersburg dialogue. Even some confrontation fatigue can be diagnosed while the German authorities are increasingly stressing that they are interested in good relations with Russia despite of the fact that Moscow turns out to be a “difficult partner”. 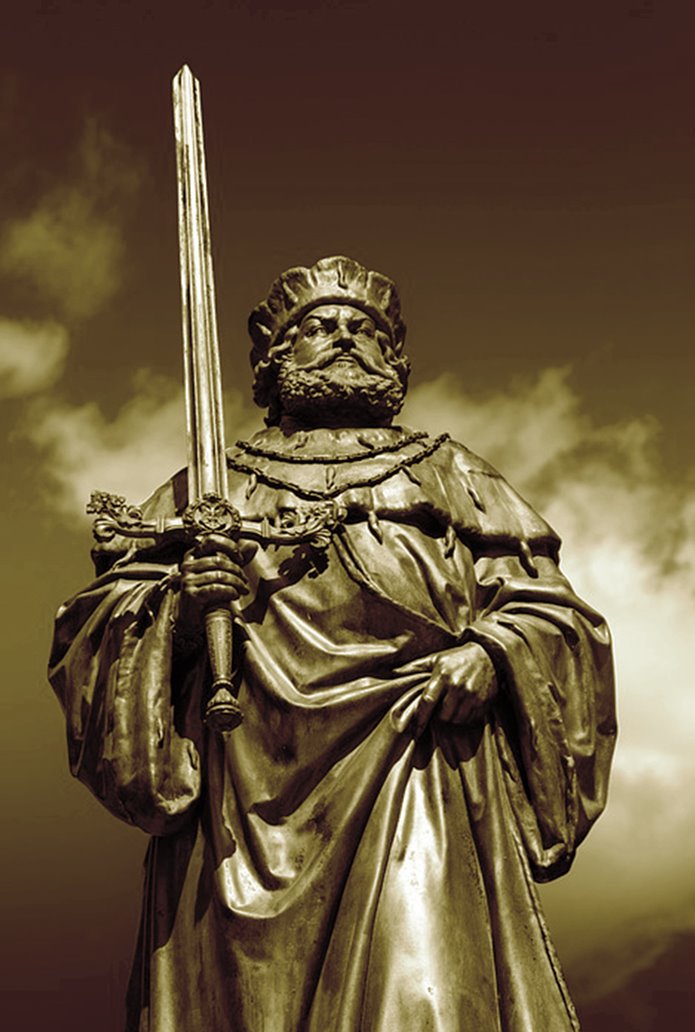 Why has this change in the German position become possible? There is a plethora of factors which further it. Firstly, the German elites are aware of the risk of military escalation between NATO and Russia, which is more than possible in the current situation. Berlin does not want to be a theatre for a new Cold War, which was a traumatic experience for Germans. The German authorities are very much concerned with the destruction of arms control regimes, including on elimination of short and intermediate-range missiles. The German public is also sceptical about any risk of real confrontation with Russia, since they are more interested in such problems as migration, with the reticence also being caused by the absence of sources of absolute moral authority in the world at the moment (including the US, given the context of various scandals with its intelligence operations on the German territory).

The only discussion which has been taking place in Germany is about how big NATO’s demonstration of resilience towards Russia should be. While the government and the CDU/CSU tried to show the highest possible solidarity with Baltic countries and Poland in their concerns towards Russia, representatives of Social Democrats like Frank Walter Steinmeier or Gernot Erler called for military restraint of NATO countries on the Western borders of Russia. What was meant primarily was a reduction in the number of planned military exercises. Nevertheless, it was more a stylistic than a substantial difference among German foreign policy makers which became evident also due to the forthcoming parliamentary elections in the country.

The German elites see Russia as a Gestaltungsmacht (structural power) whose legitimate interests should be accepted.

In this context, it is remarkable that the majority of German decision makers not only shares the same vision on Russian foreign policy and supports the current policy of the German government, but also even criticizes the European Union for some mistakes allegedly made in the past in its Russian policy. For instance, German politicians usually argue that it was a political mistake not to include Moscow into negotiations on association agreements with Eastern Partnership countries from the very beginning by saying that it should not be a business of Moscow at all. It is also argued that the EU should work on a free trade area with Russia and that not so much attention was paid within the Union to this useful initiative. The German decision makers do not seem to want “to push Russia out” of Eastern Europe and the post-Soviet space (in comparison with some political circles in other Western and Eastern European countries). Vice versa, they see Russia as a Gestaltungsmacht (structural power) whose legitimate interests should be accepted. The only one issue which is of huge importance for Berlin is its need for Russia to obey some basic rules and principles of international law, particularly in its policy towards European countries. The mood among German elites is not alarmist: there is even an idea that the West leaves Russia behind in terms of economic and military resources, so the story with a new Cold War and “new thinking” (like in Gorbachov’s times) could be repeated – but with Western victory at the end. 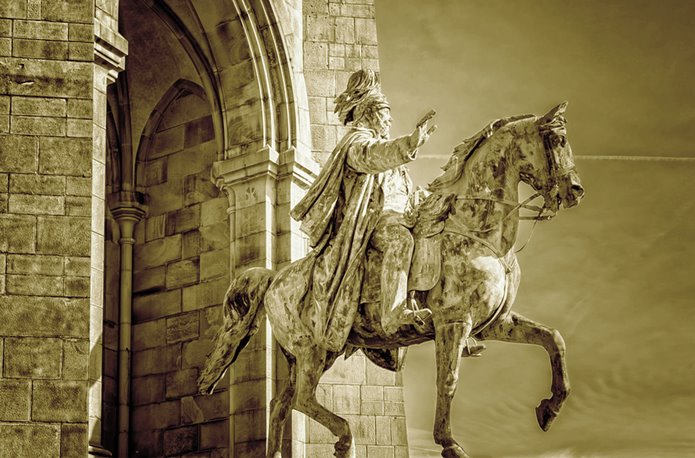 It is remarkable that the majority of German decision makers not only shares the same vision on Russian foreign policy and supports the current policy of the German government, but also even criticizes the European Union for some mistakes allegedly made in the past in its Russian policy.

Secondly, German authorities seem to look towards Ukraine with different eyes, as not simply a victim of circumstances, but also one of the driving forces of conflict escalation. It is a particularly urgent issue after the change of the Administration in Washington. Kiev seems to be ready for a war to achieve full military victory over separatist republics and seeks external support by referring to Western moral obligations. Currently a very dangerous initiative, the economic blockade of Donbass, is brought into play. On the eve of military clashes in Avdiivka the German media were reporting that the German authorities are aware of these new developments, and that is why the reaction of German government on escalation was very moderate, without any harsh criticism towards Russia.

German authorities seem to look towards Ukraine with different eyes, as not simply a victim of circumstances, but also one of the driving forces of conflict escalation.

Concerning Ukraine, it should be also noted that the German diplomacy has intensively worked on unblocking the Minsk process when former Foreign Minister Steinmeier was in contact with all parties within the Normandy format. Among other things, he proposed the so-called “Steinmeier formula” which tried to establish a roadmap for finding a way out of a deadlock by way of fast organization of elections in Donbass. During his negotiations with his Ukrainian counterpart, Pavlo Klimkin, in Berlin, controversies between the two countries had become public: Berlin, as reported by Deutsche Welle, insisted that the realization of the political part of Minsk agreements depends on Kiev too. First of all, the adoption of a law on the special status of Donbass republics was implied. Besides, the German government now openly criticizes some amendments to Ukrainian law envisaged by the Ukrainian government which would undermine the fight against corruption. 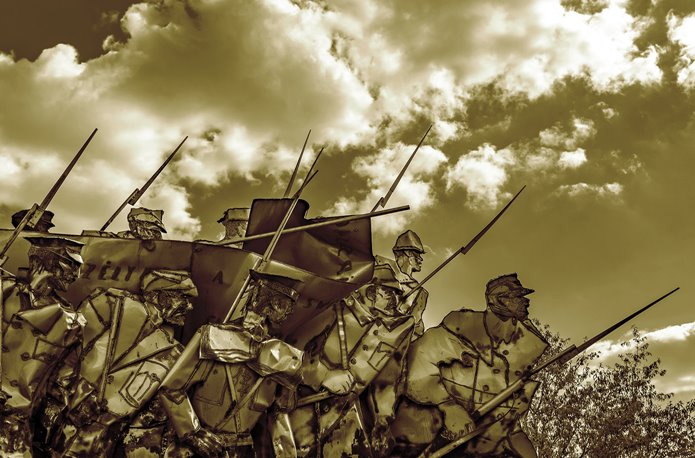 Some change in the German stance towards Moscow can be explained also by other factors. It is sure enough that the lobbying efforts of German Big Business in favour of normalization with Russia also played an important role. Even if the share of Russia in German trade is not very high and the German businesses, according to the statistics, have managed to reorient its export towards other markets, big German companies which used to work in Russia for many years on very profitable projects remain interested in Russia. For instance, such companies as Siemens, with good lobbying resources, should be mentioned. So, it is not surprising that the Russian and German governments have already reopened their dialogue on economic issues.

For Russia, the degradation of political relations with Germany was also anything but comfortable. Previously, Germany used to support some of Russia’s energy interests (for example, by building Nord Stream) and factored in Moscow’s concerns in the security sphere (like in the decision whether to invite Ukraine and Georgia to join NATO). The Russian foreign ministry used to stress permanently that, despite all political misunderstandings, Moscow is ready for dialogue. For instance, during the recent visit of a new German Foreign Minister and Deputy Chancellor Sigmar Gabriel, Vladimir Putin invited Angela Merkel to Moscow. Besides, Russia supported the idea that the OSCE mission in Ukraine should be substantially reinforced to effectively control the implementation of peace agreements on the ground. The Russian Foreign Ministry also argues in its statements that the Russian side appreciates very much that cultural dialogue between countries was preserved and that Germany is very much committed to the common heritage of World War II.

Berlin, after it initiated some measures of ensuring resilience, is working now more on engagement than containment of Russia.

The trends in the evolution of German discourse should not be interpreted as any indicator of Germany’s readiness to lift sanctions against Russia. The idea is that Berlin, after it initiated some measures of ensuring resilience, is working now more on engagement than containment of Russia. Germany supports all the dialogue platforms with Moscow, particularly those existing between Russia and U.S. and within the OSCE. But in the current situation of strategic uncertainty, first of all in US-Russia relations, Germany’s ability to influence the agenda of Russian-Western relations is very much restricted. The recent visit of Angela Merkel to Washington does not seem to have brought any positive results in finding common language with Donald Trump, including on Russia. That’s why Germany is forced to remain an observer, rather than an active player.