Lithuania during the Centennial Celebration of Independence

As Romania’s representative to Lithuania, I have the privilege to have firsthand experience in how this Baltic nation is celebrating the hundredth anniversary of its independence. In fact, to be as precise as possible, Lithuania celebrates a century since the restoration of its state, since its first documentary mention was done by a Christian monk, Saint Bruno, on 9 March 1009. His canonization came as a result of his martyrdom in Lithuania, while spreading the Christian faith.

A thousand years have passed since Saint Bruno’s sacrifice on the altar of Christendom and many things have changed in Lithuania. Nearly four centuries later, in 1386, Jogaila, Grand Duke of Lithuania, adopted Christianity en masse with his followers, ending the isolation of Lithuania as the last pagan nation in Europe. The relatively recent conversion of Lithuania, on a historical scale, has left its marks on the collective mentality, especially since pagan practices continued until the 17th century or even later among the peasantry. Even today, several thousands of Lithuanians identify as pagans and follow specific rituals even during important life events such as marriage. Lithuanian paganism is even represented institutionally, with its traditions being promoted by the Romuva association. In 2018, Romuva managed to obtain official acceptance of its pagan tradition as a religion of Lithuania through an act of the Parliament, thereby opening the door to official funding and support.

What can this brief historical sidebar tell us about Lithuania? It tells, I think, of the strength of the Lithuanian people and its endurance to bear pressures or even counter foreign aggression, as Christianity was spread back then by force of arms. This independent spirit recurs throughout history, especially during foreign occupation. An example in this regard is the conservation of the Lithuanian language in the face of historical challenges, especially the violent imposition of the Russian language by the Tsarist Empire, and then by the Soviet occupier. The Lithuanian language is said to be the oldest in Europe and, despite its evolution over the years, is said to be close to Sanskrit. Only Latvian still survives as another example of the Baltic family of languages. Unlike Latvian, which has undergone extensive modernization, Lithuanian still relies on its archaic structures, making documents hundreds of years old easily legible for Lithuanians. What better proof of the continuity of the free and independent Lithuanian spirit?

On February 16th, 1918, the Council of Lithuania, composed of 20 members and presided over by Jonas Basanavičius, who was called the “patriarch of independence”, adopted the Act of Re-establishment of the State of Lithuania, also known as the Act of 16 February. At that moment, Lithuania was still formally tied to the warring Russian state, but was occupied by German troops. The proclamation was thus addressed to both nations, as well as the other states of the world. The Act was signed in two copies, both having since been lost.

In the year before the Centennial anniversary, a Lithuanian businessman, Darius Mockus, offered a million euro to the person who could find one of the two signed copies. Among others, Professor Liudas Mažylis from Vytautas Magnus University in Kaunas took up the challenge and, after detailed investigations, found a variant of the Act in the archives of the German Ministry for Foreign Affairs, which had been signed by all 20 members of the Council. After negations, Germany agreed to provide the document on loan to Lithuania until 2022, to be shown in the House of the Signatories, where the Act of 16 February was signed by the Council of Lithuania. Despite his success, Prof. Liudas Mažylis did not get the large sum of money, because the document was not the original one signed by the 20.

The Millennial before the Centennial

A few things stand out regarding this centenary. The first is that it reinstates independence, not proclaims it for the first time, unlike Latvia or Estonia, which is an acknowledgement of the history of the country. The Lithuanians even joke that in 2018 they are celebrating a hundred years since independence, after celebrating in 2009 a thousand years since being attested. Secondly, there is another act of reinstating independence, dating to March 11th 1990, asserting independence from the USSR whose occupation of Lithuania had never been recognized by countries such as the US or Vatican. This act, which was experienced by a majority of those living today, makes the reinstatement of independence in 1918 seem a current and unmediated event experienced by all Lithuanians, despite very few people being still around who were alive at that time. The celebration of the Act of 16 February is felt intensely and intimately by all Lithuanians because of the living memory of the act of 11 March, which more recently asserted their independence. For this Baltic people, this centennial celebration is not just expressed formally, through events organized by the authorities, but also intimately, motivating a personal and profound involvement of Lithuanians in this event.

The day of 16 February 2018 was a great holiday for the Lithuanians, who participated with friends and families in the events organized to celebrate this anniversary. The country saw many concerts, exhibitions, fairs, many of them open air to allow as many people as possible to participate. As a reminder of pagan traditions, on the main boulevard of the capital Vilnius, Gedimino Prospektas, large bonfires were lit, around which people sang and danced. Everywhere, one could hear the National Anthem, Tautiška giesmė, written by Vincas Kudirka in 1898, while a medical student in Warsaw. This anthem has a very warm and emotional musicality and is played quite naturally by Lithuanians at all manner of festivities. In Parliaments, the anthem is sung by all Parliamentarians during national holidays, who join hands, whether in power or in opposition, to sing and sway with the music.

Music is an essential part of the Lithuanian soul. Czechoslovakia may have abandoned communism through a velvet revolution, but Lithuania and its Baltic sisters fought for independence to the sound of music, in a movement which is now known as the Singing Revolution. Even today, every four years, there is the great festivity of Lithuanian song and dance, where thousands of artists play folk and patriotic songs in front of crowds of tens of thousands, in an impressive display of force. An anniversary edition of this festival took place in April, this year.

Both 16 February and 11 March, as well as the 6th of July – the Statehood Day when, in 1253, Mindaugas was proclaimed king of Lithuania – and more so in the year of the centennial anniversary, are celebrated with a cornucopia of national flags. Shops and even superstores were full of little flags just before the celebrations, but 1-2 days before the February 6th, one could hardly find anymore. The Lithuanian tricolor – yellow, green and red – has a special history, being adopted 100 years ago as well, on April 25th 1918, and readopted in 1989, right before the proclamation of independence. The national flag is displayed in great numbers during national celebrations, both by institutions and by private homes. These colors are so close to the hearts of Lithuanians, that even tricolor lipstick was produced this year, worn proudly by the ladies.

The 20 signatories of the Act of 16 February, with Jonas Basanavičius leading, are regarded as heroes in Lithuania, their faces being everywhere on buildings, public transport, school notebooks and many more items. Again, through their direct involvement in the reinstatement of independence, Lithuanians feel very close to these fathers of the nations, who are idolized by adults and children alike. The House of Signatories is not only a museum, but a place of pilgrimage. The solemnity which it exudes makes an interesting contrast to the cheerful atmosphere of the touristic Pilies street, with its restaurants, hotels and souvenir shops.

Lithuanians celebrate their anniversary not only in Vilnius, on Pilies and Gedimino streets, or in the Old City Hall Square or the Ducal Palace, but also in nature, on the edge of lakes, or in their beloved holiday homes. The Lithuanian soul is close to nature, the forest and lakes of the country, and the sand dunes of the Neringa Isthmus. This image of Lithuanians dressed in their national clothing, celebrating the Centennial or other holidays in nature or in the beautiful parks of Vilnius, will stay in the memory of anybody.

I cannot close this brief presentation of Lithuania in its Centennial Year without a few words on its foreign policy. For all that this country is a rather small, its voice is heard loud and clear on the international stage. Through its characteristic tenacity, Lithuania has fulfilled its main foreign policy objectives: it has become a NATO member, and EU member and, this year, an OECD member, it has adopted the euro and joined the Schengen Area. All that is left for it is to build its welfare society in the Nordic style which it wants to emulate. Still, now that its own integration in Western institutional system is all but complete, Lithuania now fights for its oppressed brothers from the Soviet times, who are now the Eastern Partners, especially Ukraine, Georgia and the Republic of Moldova. Their European and Euroatlantic integration, along with the consolidation of the Allied presence in the Baltic region, are the main foreign policy objectives of Lithuania in the Centennial Year. 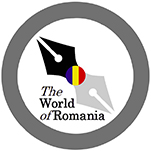