The Romanian government has approved, almost overnight, through an Emergency Government Ordinance, a new bank tax. The idea of imposing a special tax on banks is an old one and tends to resurface during times of financial crises. Thus, the bank tax was floated around by the Left and radical Left in the West, when the 2007/2008 Crisis began, from where it was most eagerly adopted and put into practice mainly by Eastern Europe’s Right-wing populists. The Crisis which began in 2007/2008 is now over and even the governments that have instituted a special bank levy, like the Hungarian and Polish governments, have now reduced it or plan to eliminate it. This is a first indication of how ill-thought and ill-advised this late decision of the Romanian Government to institute its own special bank tax really is.

The respectable case for a special bank tax relies on two elements which are completely absent in the current Romanian context. The first is the insight that, left unchecked, financial intermediation can grow too much and take a life of its own, become an unstable speculative activity endangering the stability of the entire economy in the process. That is why, as finance has grown bigger and more opaque in the last decades, particularly in advanced economies, some economists propose a special bank tax levied on total bank assets, total bank liabilities or, better yet, on the banks’ total number of transactions. It is easy to understand how, in the presence of financial institutions systemically “too big to fail”, a tax on banking assets reduces a bank’s market power. Equally easy to understand is how a special levy on financial transactions creates an incentive to reduce risky speculative behaviour in the banking and financial sector. The second justification for a respectable special bank tax derives from the first and asserts that the funds collected should provide the state with a “bailout” fund to cover the expenses it has incurred to clean up a too-big-to-let-go-bankrupt bank in the aftermath of a financial crisis like the one ten years ago or another one that may arise in the future.

The Crisis which began in 2007/2008 is now over and even the governments that have instituted a special bank levy, like the Hungarian and Polish governments, have now reduced it or plan to eliminate it.

Although the special bank tax instituted by the Romanian Government claims superficially to follow the respectable case for a bank tax just presented, it is the furthest thing from it. It is quite simply the most badly designed and populist bank tax so far instituted, overshadowing even the populism behind the Polish or Hungarian special bank taxes. Why so? Because the special bank tax just instituted by the Romanian government – ridiculously entitled in official documents as “the greed tax” – is not a tax designed to fix issues regarding the banking sector, let alone combat the public expenses incurred by state intervention in favour of banks during the Crisis, but a populist measure intent on raising fiscal revenue for a fiscally insatiable government which has to “buy” elections in the year to come, as well as a move designed to appeal to the very activist special interest group of debtors. Its effects on the Romanian economy will vary from bad to very bad and the experiment will ultimately unravel under the weight of its deliberate or natural severe lack of wisdom, but for ruling party, the debtors with mortgages and the economically illiterate masses of voters it will be befitting, at least just for a while. 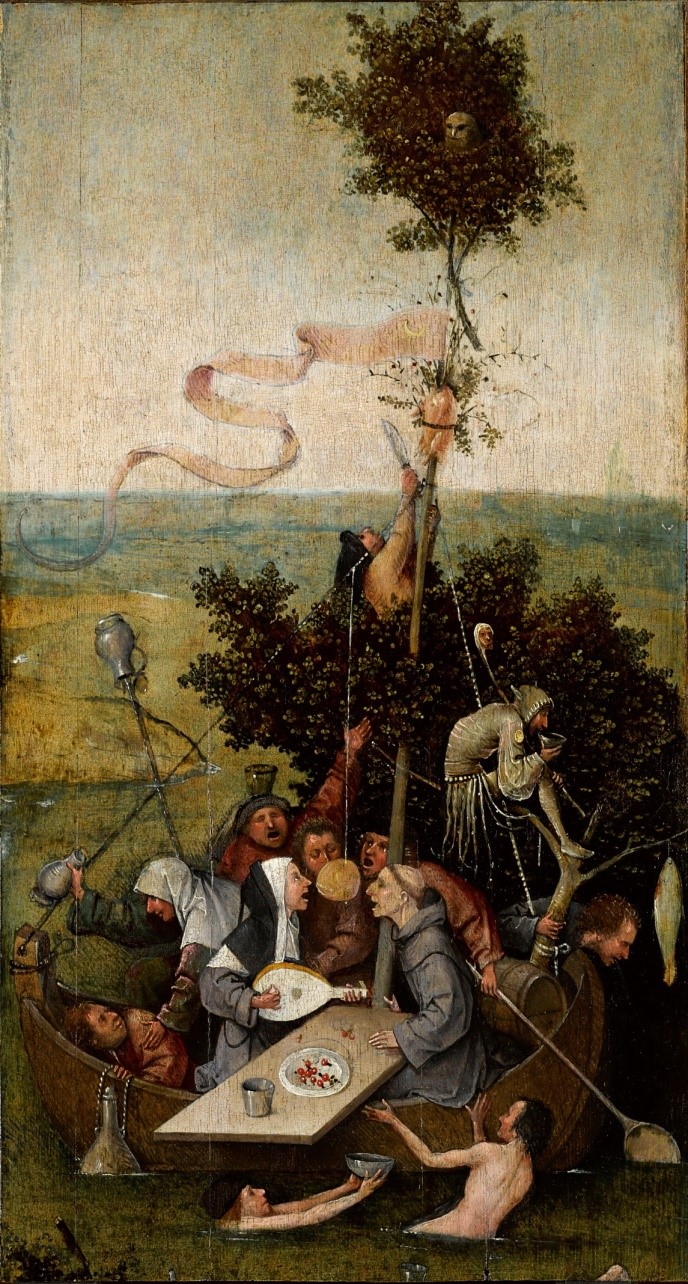 According to the act instituting the special bank tax released by the Romanian Government on Friday, the 21st of December 2018, the levy will be linked neither to a bank’s assets nor to the number or value of its transactions, but to the level of the interbank rate! It is still a tax on bank assets, to be sure, but its level does not vary with the level of assets but with that of the ROBOR intermarket money rate. Thus, for a ROBOR rate < 0.5% – calculated at quarterly averages – the bank tax will be 0.1% of its book assets, if ROBOR is between 0.5% and 1% the bank tax rate goes up to 0.2%, then to 0.3% if ROBOR is between 1% and 1.5% and then to 0.4% if ROBOR is between 1.5% and 2%. For a ROBOR level >2% the bank tax will be 0.5% – a much lower level than in the draft version of the ordinance, which stipulated incremental increases in the tax of 0.3% for every 5 pp increases in the interbank market rate. The bank tax will only apply to a baseline ROBOR rate of 2%, up from 1.5% in the draft version.

The respectable case for a special bank tax relies on two elements which are completely absent in the current Romanian context.

Linking the special bank tax rate to the interest rate is the most problematic, original and ill-thought aspect of the government’s legislation. Of course, it is also a bit late to tax the banks now that the Crisis is over and Romania’s economy is long out of recession (even though its effects in terms of total employment and emigration, not to mention lost growth, might still persist). On top of that, the mess in the Romanian banking sector, generated mostly by real estate and foreign-exchange denominated credit, was handled without direct intervention of the state in banks, through capital infusions or central bank asset purchases as was done in many European countries and in the United States. Moreover, until recently commentators and even Romanian government officials were still concerned that the country’s banking rate is below EU average and even stopped progressing after the Crisis rather than about the fact that the country has a bloated, highly sophisticated and shadowy financial system. So, the case for a special bank tax designed to recover public bailout funds in Romania or to rein in a dangerously overgrown financial system is very weak to begin with. While it is true that the macroeconomic policy of fiscal restraint, adopted about a year and a half after the Crisis engulfed Romania, can be partly blamed for shifting too much of the burden on wage earners, this was largely the result of previous errors in government policy that have created huge external imbalances and, in any case, the foreign exchange denominated debtors benefited most – alongside the banks – from this policy of fiscal restraint, which prevented an abrupt and stronger depreciation of the leu during the adjustment process.

With a special bank tax tied to the interbank money market interest rate, there is a real risk that the interbank rate ROBOR will become a false signal, generating economic policy chaos. This interest rate – on which all prime credit rates are based and which the National Bank of Romania (BNR) monitors and tries to influence when it sets its policy rate and conducts its open market operations in order to fulfil its monetary policy objectives – is settled by the banks themselves in the process of exchanging non-required money reserves with each other. But when the money market participating banks’ tax liability will increase in line with the money market interest rate, as will happen according to the new legislation, these banks will have an incentive to refrain from participating in or, in any case, misconstrue the ROBOR rate. Banks have done this in countries with a much higher level of financial education and expertise, including strong regulatory and oversight financial institutions, even without this added incentive stemming from an ill-thought tax law, as the LIBOR scandal proves it.

With a special bank tax tied to the interbank money market interest rate, there is a real risk that the interbank rate ROBOR will become a false signal, generating economic policy chaos.

The only apparent rationale for linking the special bank tax to the ROBOR interest is the disingenuous and populist idea current among many in the Romanian Government as well as among a large share of the population that the interest rate is simply a rip-off of the working man. Indeed, Cristian Socol, one of the main economic advisors and policymakers of the Social Democratic Party and its successive governments, regularly points out, in defence of the Government’s bank tax ordinance, that banks in Romania, which are overwhelmingly foreign owned, have above EU average profit margins. This medieval notion of unearned profit stemming from interest rates underlies both the legislation’s populist appeal as well as the Government’s unease with rising interest rates, necessary among other things in order to dampen above target inflationary pressures, especially in an election year full of promises of pensions and public wage increases. In reality, the ROBOR interest rate settled in the money market is the result of a bargain between two sides: depositors and borrowers, savers and spenders, to which administrative and clerical costs as well as risk premia are added based on perceptions of particular institutions and the Government’s policy as a whole. Given its erratic behaviour of late, the Romanian Government is itself one of the main culprits in the problem it apparently wants to fix because its policy weakness and overall political instability and uncertainty induce higher risk premia, which show up in higher interest rates and higher bank profits, for the country as a whole, for its borrowers and for the foreign banks operating in it.

Given its erratic behaviour of late, the Romanian Government is itself one of the main culprits in the problem it apparently wants to fix, because its policy weakness and overall political instability and uncertainty induce higher risk premia.

If the banks’ profit margins are too high in Romania and if the Government wants to address this issue, there are appropriate ways to do it. The first thing to check in this situation is the competitive state of the market, whether the banks engage in monopolistic, oligopolistic and other forms of anticompetitive behaviour detrimental to consumer welfare, in this case borrowers. Better consumer protection and financial education come next. A special bank tax is an inappropriate instrument for the job. A bank tax tied to the ROBOR intermarket rate is utter nonsense.