The European continent is the most balanced from a civilizational and cultural standpoint, having a common history dating back at least a thousand years and whose co-evolution has meant that concepts of good governance, rule of law, checks and balances and others are interpreted in the same way, even though their application and success differ from one country to another. Despite this, there are four countries currently undergoing a crisis of options. In three of these cases, we are discussing a blockage of geopolitics and psychology, while the fourth option stands to resolve itself in time, according to current trends, even as reactionary forces try to stem the inevitable. This last state is the Republic of Moldova, whose Western path is more difficult and fraught with danger than for other countries, but whose direction is set by economic realities that cannot be denied.

The first three state are Serbia, Bosnia-Herzegovina and Macedonia. Not by coincidence, they are part of the former state of the Southern Slavs, Yugoslavia, which reached its peak quickly when Josip Broz Tito counted himself among the leaders of the non-aligned movement. Yet, less than 75 years after the creation of the Kingdom of Serbs, Croats and Slovenes, the irremediable separation of the state took place, accompanied by conflict, and the song Od Vardara pa do Triglava became a memory. The separation was not only a violent intra-state affair, but also featured complications with neighbours and interests that were pursued without heed for consequences. Macedonia, for instance, features the naming dispute with Greece that has walled it off, to a great extent, from the path of prosperity.

There may have been ways to achieve a peaceful separation of the state, since the mixing of the population and their long cohabitation suggested an amiable division. However, the frustrations of politicians who had to manage several crises at the same time, such as the dissolution and transition from the communist system and the federal budget crisis gave a certain direction to events whose finality was tragic. Under a natural psychological drive, since no capital wishes to lose territory and find itself diminished in power, the conflict extended throughout the former Yugoslavia. The brunt of the fighting took place in Bosnia-Herzegovina, and the characteristics of the conflict, including the civilian suffering, closed off any avenue for later reconciliation and reunification. 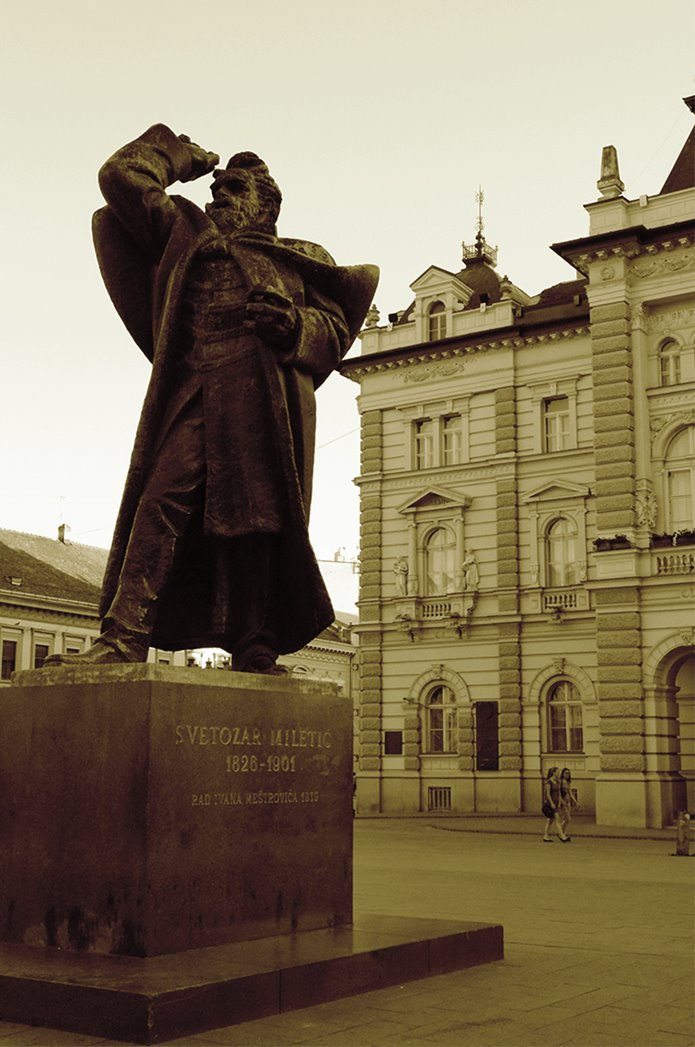 Serbia, in less than 15 years, lost its pre-eminence in the former federation, the Southern portion of its territory (Kosovo) and, in 2006, access to the Adriatic Sea, after the separation voted by Montenegro. Today, Podgorica is close to the finish line of NATO accession, which give few prospects to Belgrade in terms of foreign policy flexibility, since it will be literally surrounded by NATO Member States. Switzerland adapted to being completely surrounded by the European Union, which it did not join but with which it maintains significant ties and cooperation. Serbia, too, must establish a clear rapport with the surrounding military alliance, as any sort of solitary action or policy may be kept in check politically at its borders.

The uncontrolled and violent break-up, coupled with governance and reform difficulties made investors steer clear of the Serbia-Bosnia-Macedonia area. The GDP and other figures of each country are freely available online, and highlight various economic difficulties. For instance, Serbian GDP in nominal terms was 38 billion dollars in 2016, but with an unemployment rate of around 19.5% in 2015-2016 and a public debt of over 78% of GDP. These are not encouraging figures, since the world economy offers few prospects for an improvement which could lift all boats, especially through foreign direct investment. Serbia’s premier position on the heavily travelled route for Muslim migrants from Asia and North-Eastern Africa heading towards Central Europe and especially Germany also put pressure on it economically and politically, while also increasing uncertainties and the costs of managing this unprecedented situation.

This is why the political situation in the country today seems to be in a state of inertia, with a government whose best bet to develop some economic initiatives is for things to be as quiet in the region as possible. Positive relations with Moscow and Beijing are helpful, but insufficient, given that the two countries have their own immediate concerns, including geographically. Political inertia can often be a mask for hopelessness, or of social and political stalemates. In such situations, unexpected twists in the usual formula for campaigning for political office may seem more momentous than they really are. With these factors in mind, the clear and steady course towards the positive future that Serbia needs will have to wait a bit longer. Certain avenues of progress do not depend on Serbia alone to manifest themselves, and, on the other hand, help in skipping a few steps on the long road to socio-economic reconstruction is scarce.