With a population of roughly 1.4 million, Bahrain represents the smallest state of the Gulf Cooperation Council (GCC), but it is also, at the same time, the most important geopolitical pivot regarding the regional balance of power between Saudi Arabia and Iran.

The rock and the hard place

From the historical point of view, both countries claimed Bahrain after its emergence from under Great Britain’s influence, but Bahrain obtained its independence under a UN mandate on the 14th of August 1971.

Bahrain suffers from a geostrategic rift, by having a royal family traditionally allied with Saudi Arabia ruling a country which is predominantly Shi’ite (approximately 75%), under the direct influence of Iran. The royal Khalifa family which has ruled the island archipelago that forms the country since 1783 is Sunni, having roots in the Qatari Peninsula.

Bahrain suffers from a geostrategic rift, by having a Sunni royal family traditionally allied with Saudi Arabia ruling a country which is predominantly Shi’ite. 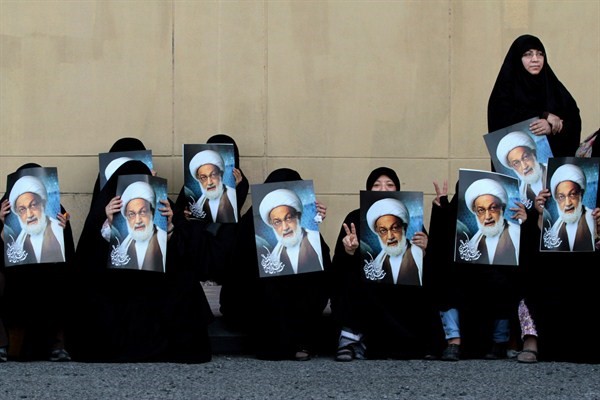 The Battle for Bahrain has been emphasized beginning with 1979 when, in Tehran, power was seized by the regime led by the Ayatollah Ruhollah Khomeini. At that moment, Saudi Arabia rushed to complete the construction of the King Fahd Causeway, which was finalized in 1986, giving it the possibility to intervene militarily in Bahrain. The strategic importance of the asset was proved in 2012 when, in the context of the Arab Spring, Saudi troops crossed the sea and arrived shortly thereafter in the capital, Manama, to guard against the destabilizing street movements.

Over 200.000 people, mainly Shia, took to the streets of the capital and other major cities, protesting against social situation and sectarian discrimination. Even if the main protesting groups such as the Al Wefaq National Islamic Society denied any support from Iran, this did little to allay suspicions of Tehran’s interference in the other country’s affairs.

Nevertheless, Iran is also proposing a security architecture in the Persian Gulf region reliant on the riparian states and without the presence of some foreign actors like the US Navy. In this context, Bahrain would occupy a central position in its regional strategy, since this tiny Shi’ite state could, were it to have a pro-Iranian leadership, weaken the power projection capacity of the Saudis, thus giving Iran the role of regional hegemon.

Bahrain is a piece of a geopolitical puzzle through which Iran wishes to grow its influence in the Persian Gulf and, in order to achieve that, proxy actions are going to be used like a long-term strategy through which the Sunni elites are going to be toppled from the country’s leadership as a result of the escalation of social conflicts.

For instance, 2013 saw the birth of the group Saraya al-Mukhtar, translated as “The Partisans of Mukhtar al-Thaqafi”, who is a historical figure of the Shi’ites, with a logo similar to the one used by Iran's Islamic Revolutionary Guard Corps (Sepah).

Moreover, in 2014, Hezbollah Secretary General Hassan Nasrallah announced a potential arming of the Shi’ites from Bahrain:

“Everywhere, except in Bahrain, movements descended into violence. This is not because the people of Bahrain are incapable of using weapons or that weapons cannot be delivered to Bahrain. Bahrain is like any other country in the world and it is possible to send weapons and fighters even to the most tightly controlled countries in the world."

On the fourth anniversary of the Arab Spring suppression, on March the 6th 2015, Al-Wefaq organized a series of protests which culminated in the violent intervention of the security forces. The slogan promoted by the protesters was: “We are all members of the resistance” – referencing resistance movements predominantly in the Shi’ite areas, like Hezbollah.

Practically, Tehran uses Shi’ites as part of a hegemonic strategy, which is why the Shi’ite communities within the GCC are viewed as a fifth column of Iran. This strategy, together with the Saudi discourse, deepens the sectarian rift in the Middle East, where the Shi’ites are a significant minority. This is why Iran militates for the Palestinian cause, strengthening its ties to Hamas and criticizing Israel. 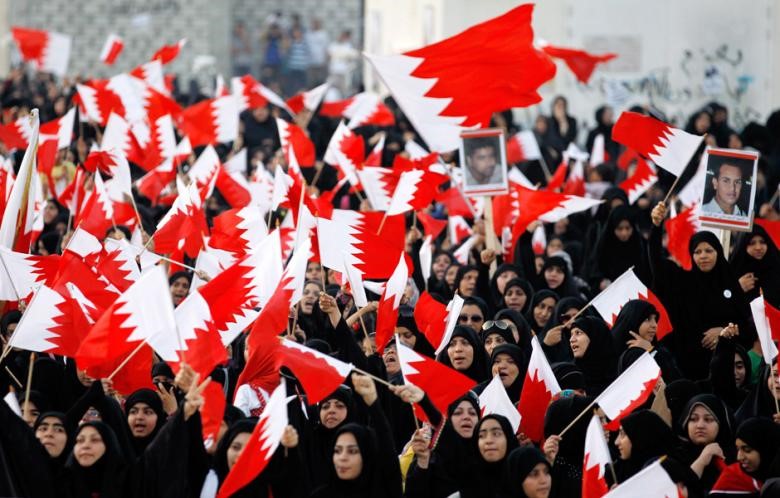 The entry of Bahrain into the Iranian sphere of influence would change the paradigm of analyzing the regional power ratios. Firstly, from the military point of view, the Saudi oil facilities may be threatened because the Saudi oil fields (Ghawar, Abqaiq, Abu Safah, Qatif, and Berri), the oil export terminals (Ras Tanura, Al Juaymah), and the critical oil processing facilities at Abqaiq, are located 42 kilometers away from the Bahraini shores. Secondly, this would be the keystone for the so-called Awakening of the Shi’ite Axis process which will foment the Shi’ite movements in Yemen and Saudi Arabia.

Bahrain could, were it to have a pro-Iranian leadership, weaken the power projection capacity of the Saudis, thus giving Iran the role of regional hegemon.

In this context, Riyadh feels the Shi’ite pressure from the South, where the Houthi rebels are located, from the North-East, where a pro-Iranian Shiite government is installed in Iraq and in the east where Bahrain is located. A political or military success of the opposition from Yemen or Bahrain is viewed as a de-legitimation of Saudi policy, which may prompt internal protests and, thereby, destabilize the Saudi Kingdom.

The Shi’ite presence in Saudi Arabia is powerful enough and, just as with Bahrain, only armed intervention managed to calm the internal turmoil during the Arab Spring before it could escalate. The Saudi strategic vulnerability is heightened by the fact that the Shi’ite community is situated in the Eastern provinces, the Nejd, where the oil resources are located in close proximity to Bahrain.

Both Saudi Arabia and Iran enhanced the regional sectarian polarization, making the Middle East look like a chess board. The ideological differences and the mutual mistrust between the two actors with hegemonic claims will strengthen this rivalry in the short and medium term.

While Tehran will try to strengthen the opposition movements, Riyadh most likely will try to stop any process of political emancipation of the Shi’ites within the GCC, while pursuing a trans-national security architecture, especially if it could be guaranteed by Washington.

Drained of its oil resources, the relevance of Bahrain is still geostrategic and geopolitical, which is why Saudi petrodollars will be at its disposal to fortify and guarantee its internal stability. On the other hand, the end of Iran’s international isolation may lead it to develop the economic and financial capabilities of the country, as well as its means of using them and others to exert greater influence in the region.